What if a dinosaur on Kepler-22b is making love more than you?

CMB project was born on the inputs coming from the new discoveries in physics and astrophysics. 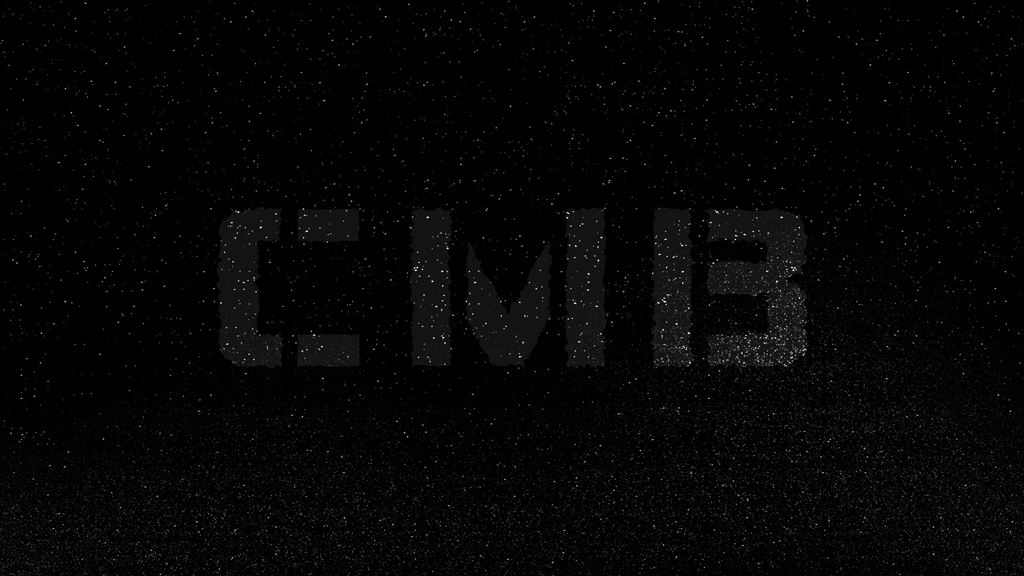 The influence of these discoveries on the collective consciousness, the impact they have and will have on our daily lives and on the vision of our being, has led us to communicate these new openings in an artistic and creative way, trying to make granted that we are still in full evolution in the fields of knowledge and spirituality. 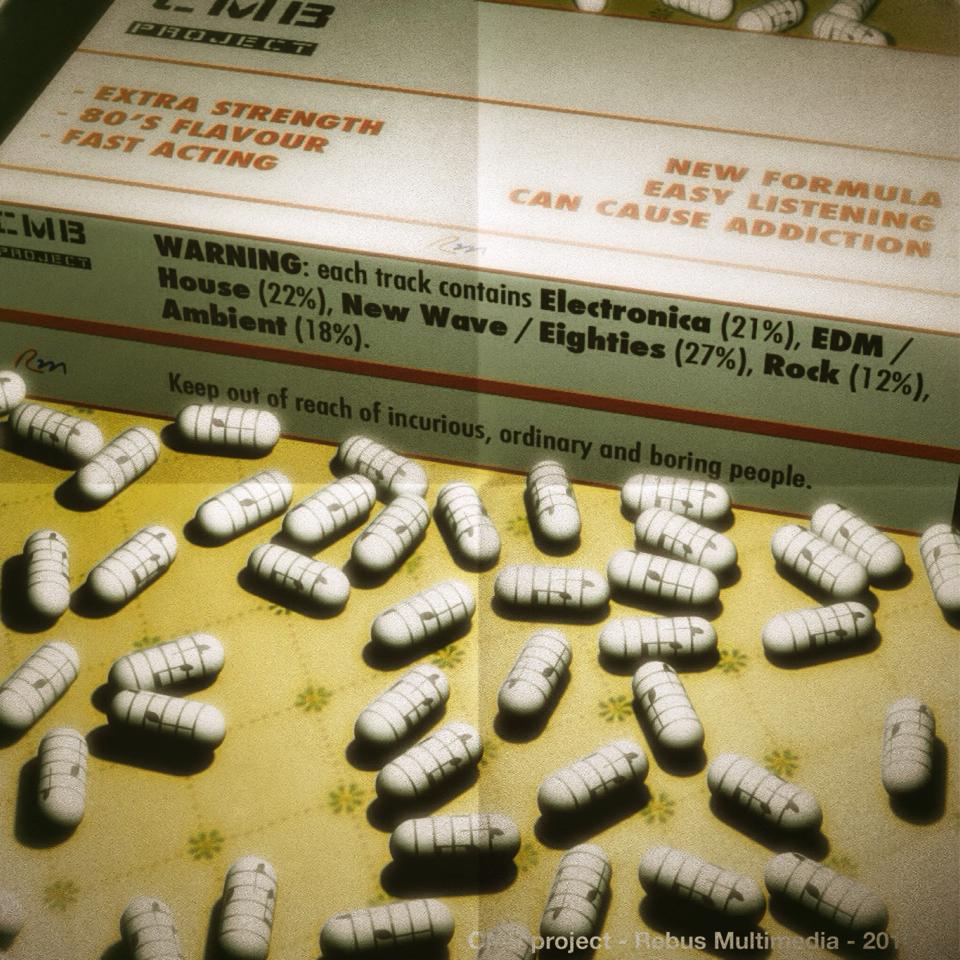 Everything still has to be discovered and we really want/need enthusiasm and joy; because we will never give in to fear, discouragement and pessimism.

The name of this project comes from the “Cosmic Microwave Background” which is the radiation left over from the Big Bang. It has been detected in 1964 by Robert Wilson and Arno Penzias.
Our main influences are Depeche Mode, Tricky, Mike Oldfield, Radiohead, Jean Michel Jarre, Gorillaz, many ’80 dance artists etc.

Michele Ermini (lyrics & vocals)
Michele “Micce” Ermini was born in Florence in 1974. He’s been playing (guitar & vocals) in pubs. Then in 2000 he joined L.E.S – Lazzeri Ermini Salucco (lyrics and vocals) for three albums. He also wrote the book based on the story of their last cd “Metempsicosis“.

Lamberto Salucco (everything except vocals & lyrics)
Lamberto “Luccio” Salucco was born in Florence (1972). He composed music for advertisements, ballet, short movies and theatre. In 1993 he played guitars with the band Kalymnos (with Stefano Terzani on drums, Fabio Leocata on bass/vocals and Marco Matteucci on keyboards). Then he composed and played many albums with Fabio Leocata: “Verso l’isola perduta” (1995), BES1 (1998), BES2 (1999) and the musical “Paride” (2003). He wrote solo albums like “Raccolta 2000” and “Raccolta n°2” (2000), “Agaph, Mnhmh, Epithymia” and “Rebus Audio 1” (2007). With David Vaggelli he composed the theatre soundtrack “Una storia di streghe” (2000). He’s also the founder of L.E.S – Lazzeri Ermini Salucco with Fabio Lazzeri and Michele Ermini. L.E.S. recorded three albums “Scene” (2002), “La mia immagine” (2003) and “Metempsicosis” (2012). In the CMB project he’s writing, playing and producing everything you hear (except vocals).

Luciano Zella (Pisa, 1972) started studying music and electric guitar at Lizard school at the age of 14, joined his first band (Sentence) in 1990 and took his graduation as sound tecnician at 18. He worked with many bands, expecially heavy metal projects (Domine, Death SS, Necromass, Steve Sylvester etc.) as guitar player, sound technician, arranger and composer: remarcable the recording sessions of the Death ss albums ‘Do what thou wilt’ and ‘Panic’. On these occasions he had the opportunity to work with producers as Mags & Keith Appleton (Cradle of filth, Anathema) and Neil Kernon ‘thanks for your adv. on timing and sync’ (Kansas, Queensryche, Dokken, Nevermore, Labyrinth). As studio sound technician he also worked with many bands and projects among which Midgard, Inner Shrine, Aop. As live sound technician he worked with hundreds of artists (Katia Ricciarelli, Dirotta su cuba, Anhima, Neon, Susy q, Alessandro Benvenuti, Rick Hutton, Marco di Maggio, Death SS, Domine, Florence rock opera group etc.). On 2006/2007 he performed vocals as bass baritone in Jesus Christ Superstar and Rocky horror show.

Music for fun more than passion, it became my second voice. Collaborations with Necromass for a single and the first Inner Shrine album: Nocturnal Rhimes Entangled in Silence.
Grown up with Jean Micheal Jarre, Mike Oldfield and Vangelis, in my music you’ll find reminiscences affected by even more commercial environments; Virtual Audio Project has played a key role in sound research and in musical and sound development. Gem, Korg, Yamaha and iPad are the instruments that allowed me to create what you can listen to following my musical journeys, crossing the rooms where my words become music.

Inside the heart of the sun hydrogen becomes helium releasing energy, Neutrino begins its journey Passing through planets, through matter at the speed of light without mass like a ghost in space My babe tells me to be myself but I’m not sure I understand my babe says she will protect me from everything that comes through Crossing the Earth’s atmosphere, the seas, the mountains and magma inside, up to a man who is crying at the nonsense of life Passing through your brain I see your connections, your evolution is just beginning My babe tells me I want perfection God condemns my imperfection My babe tells me I want the power money, jewelry, a beautiful house From bacteria to now I can only understand a small part of this life Now I tell you “don’t piss me off” If I am weird and I think a lot Now I tell you “here I am!” Stuck in this traffic jam Neutrino is flying away….

LULLABY FOR THE EARTH

In our reality, just like building blocks, the atoms of the world… And the proton is so far from here when it’s seen from the electron There is no matter, nothing to understand only faith and spirituality It’s the energy it’s the energy this is just the energy This energy, this energy with you and me is harmony Protons & electrons have an empty space like souls But then there’s something that opens up our hearts and feelings sense of full eternity Love is energy love is energy it’s the only energy You can only live you can only live Energy Walking through the world love has given me energy

The Earth we live on is like a big atom we are made of and it is orbiting around a nucleus made of stars. It’s made of stars. Deep inside me I’ll find the answers to complete my world. I’ll find the rules to become an alchemy master playing with universe, playing with atoms. Alchemy, chemistry, biology, it’s all in my hands. Atoms, protons, neutrons, I will shape them like clay. This is my way I will change my body I will shape the atoms I’m made of to become a star in an reprogrammed universe.

THE SILENCE AFTER THE HORIZON

Open up your heart to the shooting star you sleep and dream then you fly away in mysterious ways of things unknown Wishes and hopes crashing on the hole and space and time are no longer here new and amazing paths; the horizon: where events vaporize in infinite dreams and where am I? Every point of view changes everything but I’m not lost you are next to me ready to fall down in this black hole to a universe near the one we live inside with its physical laws and some perception who am I? And the silence, silence

YOUR LAST DAY ON EARTH

THE PLACE WE LIVE IN

Feelings Is everything I have In this place we listen to Words of basic needs In the silence of simplicity Everything you think is closed By what is missing now, Tomorrow adds nothing to today Don’t you forget me now I feel the same Float in the universe On this big rock ship Feelings Is everything i have The shadows of your own sunset Make me cry, smile and die Simply like you Feelings Is everything I have Find and lose someone you love Make me cry, smile and die Simply like you Someone heard my breath and someone Took my blood to keep My eyes open another day When i watch my friends get up and play On a dusty ground with a worn out ball I see life sprouting out of an annoyed trunk